Over the past few years, we have seen a lot of stunning game titles on smartphones. Some of them are both CPU & GPU intensive due to ultra-realistic graphics and splendid environment, putting a mobile phone to the peak of its hardware usage. While every smartphone is not capable of handling such games smoothly. It requires a decent gaming device for quality gaming. All this scenario has switched smartphone’s tendencies on the road towards gaming smartphones. Because now smartphones are not restricted to calls and messages only. Evolution has changed each & every quantum of development.

So the smartphone manufacturers introduced disparate gaming mobiles in the industry. Accompanied by powerful hardware, long-lasting battery backup, cooling features, RGB lights, and vivid display. Since its not that time of old snake games, but an era of hardcore gaming like PUBG mobile, Asphalt 9, and Call of Duty mobile. Numerous people are now approaching mobile devices for their gaming delight. Thus considering the best ones in market, I found out the 4 gaming beasts to discuss thoroughly having the potential of playing high-end games without any frame drop or lag.

Let’s have a look at these market king of gaming world. Specifically, my focus will be more on game-related functionalities and specs apart from common specs which I only mentioned in the image portion (Price, Camera, Resolution, etc.)

You can’t ignore Asus products when it comes to gaming whether on PC or Smartphones. Asus Rog is a gaming device launched by Asus last year in October. Phone has ability to run high-end mobile games on ultra frame rates without any lag or heating issue. Rog is the first-ever smartphone with Aura RGB lights with astonishing color effects. So far Rog has a strong competitive position in market due to its sensational features. This can be the choice of most game lovers fulfilling their gaming needs accordingly.

Asus Rog is carrying Andreno 630 GPU and Snapdragon 845 at 2.96 GHz Chip-Set inside it. Comes with 6.0 inches of eye-catching Amoled display at a 90Hz refresh rate along with 4000 mah of battery. They picked “Aeroactive Cooling” technology with a fan inside it to keep Rog temps at a stable degree. As well as a new feature of “Air-Trigger Control” is included for gaining more proficiency in control buttons. PUBG fans are surely gonna love this gaming smartphone because of Air Triggers’ addition. Aeroactive Cooler is also detachable when you are not gaming on phone.

A next-level gaming smartphone in market launched by Razer retaining its premium look, sleek design & well-built hardware. This flagship phone is packed with gaming features beyond the thoughts. Providing optimal performance in majority of high-end games. Razer Phone 2 is proving itself as a good option for mobile gamers to choose. Besides that, it has an eye-catching logo on back with Chroma RGB lights. This feature is customizable in many ways for giving a pleasing effect to eyes.

A game-changing entry that bumped whole ecosystem of gaming smartphones in market. This one is the fastest gaming device for extreme gaming with countless gaming features. Design of smartphone with quality of built material, vertical line on back with RGB effects & comfortable grip over the edges make it’s look more appealing. Red magic 3 scored top ranking on AnTuTu benchmarks beating several other gaming smartphones with a fine margin. This smartphone has a magic adapter port for utilizing it in certain ways like Type-C wire, Ethernet and Headphones, etc.

Nubia paired the latest Snapdragon 855 chip plus 12 GB of Ram and 5000 mah of big battery in Red Magic 3. For better cooling, they used liquid cooling with a turbofan planted inside the smartphone. So keep your concerns about heating issues aside and enjoy lofty gaming. Having 6.65 inches of vivid display with gorilla glass protection and metal back makes it more solid. A new dashboard “Game Space 2.0” is installed in Red Magic for modifications. This dashboard allows a user to record gameplay videos, analyze performance stats as well as block notifications for avoiding interruptions.

The last but not least, we have Black Shark 2 among top 4 beasts of gaming smartphones. Belonging to Xiaomi, the most powerful gaming device with remarkable gaming features. Blue Shark 2 can easily give a tough time to its market rivals without any lack of game performance. Metal Body and back covering with some glass portion gives it a charming look. Carrying customizable RGB lights on both back and sides providing an immense wave of colors. Furthermore, this smartphone also has an optional cooling case for a more secure temp scale by absorbing heat with silicone.

Black Shark 2 is using Snapdragon 855 CPU with Adreno 640 GPU and 8/12 GB of Ram variant. Display size of 6.3 inches Amoled Panel and 4000 mah of non-removable battery. On the cooling side, this smartphone is also using liquid cooling technology with an outer surface made up of graphite to overcome heating effect. Headphones Jack, NFC, and Wireless charging features are missing in Black Shark 2. You can connect this smartphone to an external screen for experiencing gameplay on big screen same as consoles & Pcs.

Apart from the above-mentioned gaming beasts, there are many other flagship devices in market having the capacity to handle games on decent frames. Oneplus 7 Pro, Google Pixel 3X L, Samsung Galaxy S10, Huawei P30 Pro, and iPhone XS Max, etc are among those. So the future of gaming smartphones is looking more optimistic as technological factors are becoming developed and advanced. New inventions are covering the tech industry rapidly and the preference of the user is also becoming advanced and standard oriented.

What did you get from this article? Let me know your feedback. 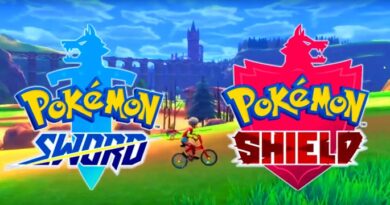 Pokémon Sword and Shield – Are these the best games?