There is no mobile app that can be developed perfectly secured. While temporary issues and flaws are part of any software. Developers are trying to overcome these flaws by making certain changes accordingly. But the risk of losing your personal data and being hacked is not less than the worst nightmare. Recently, a researcher by profile name “Awakened” pointed out a shocking problem in WhatsApp Messenger. Which can put your Whatsapp data at the risk of hacking through a malicious act.

This software bug (CVE-2019-11932) is called a double-free bug that is not on WhatsApp itself. But an open-source library that WhatsApp uses for passing media files. Awakened stated that attackers can send GIF images on the victim’s mobile to get access to the image gallery. Double-Free Bug basically causes a memory crash on the app and creates a leaked way for hackers to take over control of data. Videos, documents, and messages are also under risk of this suspicious attack.

Who can be the Victim of Whatsapp Problem?

Luckily, this Whatsapp Problem is only for android users having 8.1 and 9.0 with version 2.19.230. While iOs and Android users below 8.1 are on the secure side so far. As a security measure, it is highly recommended for users to update their Whatsapp on the latest version. Right now, Whatsapp’s new update with version 2.19.244 is available on Google Play Store.

According to security strategists, getting access to someone’s image gallery through WhatsApp is not that easy as it seems to be. Because it requires breaking a strong security barrier. While the end to end encryption and security patch on WhatsApp is way stronger than any other mobile app. But the risk is still a risk and nobody wants to be a target of any kind of attack. if the hacker gains access to your data, he can do whatever he wants to.

Facebook’s spokesperson said that their team is already working to eliminate this Whatsapp problem. They also claimed that not a single user is affected by this attack yet. Other than that this software bug is not related to Whatsapp only, other apps may also be affected equally. Because they also use open source library files for media passing. So, Guys update your apps today and keep yourself secure from these kinds of potential attacks. 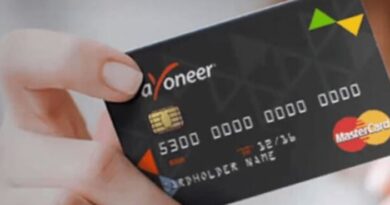