Finally, Fortnite has entered into the new era after chapter 2 update. Those few hours in a black hole were full of suspense for gamers, where season 10 ended. That ending deleted everything from game and players were unable to play Fortnite anymore. While now, Chapter 2 has started rolling out with new maps, skins, improved graphics, and better game mechanics.

As we know that Forntnite is among the top Battle Royale Titles since its release. Having millions of active players worldwide on a daily basis. Epic Games are developers behind Fortnite and people this game a money machine for Epic Games. Its core competitors are PUBG and Call of Duty in industry.

From the last 2 days, almost every Fortnite player is talking about the dramatic ending of season 10. Which left everyone shocked and to stare at a black hole appeared in the game for a number of hours. While after the trailer of Chapter 2 Update game has stepped forward towards a new start.

You may like: Call of Duty Mobile vs PUBG Mobile – Which one is Better

There are some amazing upgrades included in this new update which are mentioned below.

Fortnite Chapter 2 update is having a download size of 14.9GB on Pc, 14GB on Consoles (PS4, Xbox One) and 5.27GB on Mobile. Players from their relevant platforms can download this update today. All you need to do is downloading this game totally afresh.

The situation created during the ending of Season 10 was a bit annoying to understand. Epic Games did this all of a sudden without any official announcement or communication with the game players. While many gamers come to know about this update on Social Media Platforms.

But at last, we wake up with a whole new world of Fornite Chapter 2. The most wonderful game of its time is available again to play in a more exciting and challenging way than before. So Guys, Don’t forget to share your experience with this new Chapter in the comments section. 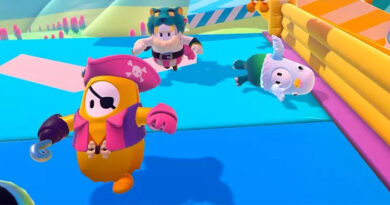