Overwatch 2 will run on an upgraded version of the game’s engine, allowing for an updated look to the game and providing support for its new features, especially the large PvE maps.

The game will get a major overhaul. Battles will be played on a larger scale, more in-game stories will be added, effects and shadows will be improved. The 31 heroes will get a brand-new look, for example, Lúcio, Mercy, Tracer, and Mei will have greater detail and changed clothing styles.

Overwatch 2 will add new heroes to the current original cast of 31. Sojourn, an African Canadian Overwatch officer and Echo, a flying robot are currently the only two new heroes revealed.

In this Push mode, teams will battle each other to take control of a robot. The robot will appear at a certain location, and the mission is to push it towards the other team’s area. Thus, the team that pushes the robot into the enemy base first wins the match.

New maps will allow users to quest in international places. Multiple missions will take place in the following countries:

Player versus environment mode (PvE) is the feature that will only be available in Overwatch 2. Players will complete co-op missions in teams of four against computer-controlled enemies. They will level up their heroes by completing replayable missions. The missions will drop loot and give players the ability to customize their heroes. The sequel will have 2 PvE modes: Hero Missions and Story Missions.

What’s Next in Overwatch 2?

Overwatch 2 will have a “shared multiplayer environment”. This will allow users of both games (1 and 2) to compete against each other in PvP matches. Even though the sequel will be sold as a separate game, the new heroes, maps, and the Push PvP mode will be available to players of both games.

Also, current Overwatch players will be able to carry over their loot and accomplishments over to the sequel. In other words, players can keep their skins, sprays, and icons when they make the jump.

However, Kaplan said Overwatch 2 won’t be dropping soon. Players can expect to play the sequel sometime after BlizzCon 2020. The game will be coming to Windows PC, Nintendo Switch, Xbox One, and PS4. 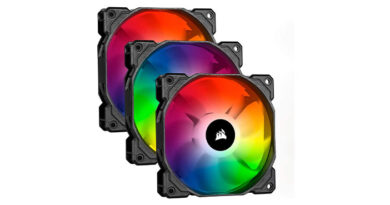 PUBG Mobile is getting 1.0 Update & a Big Esports Tournament