Acer is diving in with one of the best PC gaming laptop deals so far right before Black Friday. Acer’s Predator Triton 700 laptop price originally is $2,000. But in the latest deal, it’s just for $999. Now that’s a great deal to offer.  Acer officially launched this laptop in 2017. Of course, this laptop won’t have the newest features like an NVidia RTX graphics chip or a 9th Gen Intel processor within it. But it has plenty of other attractive features nevertheless.

Before jumping into the summary whether this gaming laptop is a good deal at $999, we might want to look into the specs of this laptop.

By looking at the specs giving above, this laptop is having a 15.6 inch, 1080p display. Along with that, it has a 120 Hz refresh rate and G-sync support. The G-sync support spec is a rarity in gaming laptops and it is affordable in this case. Additionally, the greater refresh rate allows your game to run at up to 120 frames per second. While on most gaming laptops the refresh rate is 60 fps. This is a plus point of this laptop as it can handle unique consecutive images.

The G-sync also eliminates screen tearing, which is only available at high frame rates with V-sync switched off. There’s an NVidia GTX 1080 Max-Q graphics chip inside, as well as a 7th Gen Intel Core i7-7700HQ quad-core processor. Also, it has a base clock speed of 2.8 GHz and a healthy RAM of 32GB. NVidia’s GTX 1080 is a previous high-end GPU to the newest RTX 2060. But still, GTX 1080 runs some games much better than RTX 2060. These all features are enough to drive some games at 120 Hz without being slow.

Also read, Microsoft Software – It may be sold to Huawei Now

For just $999, you’re getting a lot of. But there are still some shortcomings of Acer’s Predator Triton 700. It has thick bezels surrounding its display. Its keyboard sits right at the front of its chassis. This arrangement, as a result, leaves the glass trackpad close to the screen’s hinge. In short, it’s just not the most comfortable arrangement of a gaming laptop.

As a conclusion, it’s the best laptop if you want to buy on the basis of its specs and performance. If you are interested in buying a laptop, go and buy before this deal turns down. 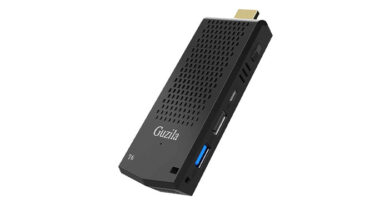