A game that was released without any specific announcement & advertisement is now a top Battle Royale Title of Game Industry. Moreover, the game is going to get its first-ever esports tournament just after 12 months of its release. EA Sports & Respawn Entertainment has officially announced to host several Apex Legends Global Series in 2020.

Apex Legends is a well-known game of 2019 with millions of daily active players. According to EA, in July 2019, there were around 40 million monthly active players in Apex Legends. So, It would surely be a great moment for Apex lovers to compete with some world’s best players.

Note: Apex Legend Global Series 2020 is only for PC platforms so far.

Well, According to EA, the first online tournament will be started on January 25, next year. While registration slots will get opened on the 11th of the same month. Other than that, there are 12 (4 major) Apex Legends Global Series to be expected in 2020. Among these, several will be organized by PGL & GLI in collaboration with EA.

Each Team needs to gain more points than others to qualify for the major. First, they have to compete in an online tourney, then on the regional level and finally in majors. Where they will compete with each other under a single roof. According to EA every match of the tournament will be streamed live for viewers all over the world.

“We expect that esports will play a big role in the future of Apex Legends and it all starts here, with the Apex Legends Global Series. We look forward to seeing who, out of our millions of players, will become true legends of the arena.”

Following is the list of countries that are eligible to participate in the Apex Legends Global Series.

Stay in touch with #maticstoday for further updates related to technology, gadgets, and reviews. For your feedback and suggestions, comment in the section below. 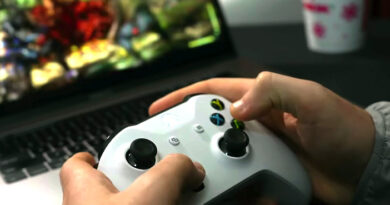 Typhoon Studios – Google has acquired it to Develop Games for Stadia.