Finally, Microsoft Company just announced the general availability date for its new Microsoft Edge Browser at Microsoft’s Ignite 2019 conference. The Chromium-based Microsoft Edge will be accessible on 15th January 2020. It appears that the migration of the browser will happen in the background through an over-the-air Windows update.

To help our customers become more secure and up-to-date, Microsoft will distribute Microsoft Edge (Chromium-based) through Automatic Updates for Windows 10 version 1803 and newer.

In Microsoft’s updated support documentation, Microsoft silently announced that Chromium-based Edge will roll out to Windows 10 through a Windows Update. It’s a valid point as the Chromium-based version of Microsoft Edge is not tied to Windows or any operating system releases. It’s also written in the support document that users will not have the option to use the old Edge and the new browser will be arrayed ‘automatically’ for all systems running on Windows 10 version 1803 updated on April 2018 or newer.

Costumers will be forced to try the new Edge experience, but Microsoft says that it will launch a Blocker Toolkit for organizations so Administrators can control the installation of the new browser on configurations with automatic Windows Update enabled.

You may like: Google Spam Protection- A New Feature for Android Users

Moreover, Microsoft Edge users will be able to install Chromium extensions from other marketplaces such as Chrome web store. Microsoft will review the extensions and hence due to the entire situation, the process can be slow.

In addition, Chromium-based Edge at present has more than 100 extensions that are available on its add-ons website. The Microsoft store is likely to get more add-ons once the Edge browser is generally available in January. 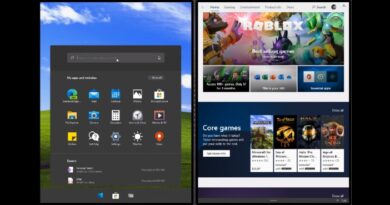