Amazon, the e-commerce giant is the latest major company to pull out of one of the world’s largest tech show. It is due to the risks posed by the coronavirus outbreak.  Amazon says;

“due to the outbreak and continued concerns about novel coronavirus” it would no longer take part in Mobile World Congress in Barcelona.

It was obvious that the reason for Amazon not attending the tech show is because of the Coronavirus outbreak that has infected thousands of people.

Whereas, the organizer of the show said the event will still go ahead, which attracts 100,000 people. On the other hand, it also admitted that other companies are considering whether to attend the event or not.

Other Companies not attending the Tech Show

Ericsson, the Swedish telecoms equipment-maker, South Korea’s LG Electronics and US chip company NVIDIA have already withdrawn from the event which occurs between 24-27 February. The organizers of the tech show, GSMA said that;

while it could confirm some large exhibitors have decided not to come to the show this year with others still contemplating next steps, we remain more than 2,800 exhibitors strong.

However, the GSMA revealed that it has put in place additional measures to “calm attendees and exhibitors that their health and safety are our principal concern”.

The Mobile World Congress in Barcelona, Spain attracts around 100,000 attendees each year. But this time, it includes a ban on all the attendees from China’s Hubei province. It is so because the Hubei province is the epicenter of the recent Coronavirus outbreak. It allows people from China only in the case if they give proof that they have been out of the country for 14 days.

The GSMA also approximates that between 5,000 and 6,000 people visit Mobile World Congress each year. It also says that it will suggest participants not to shake hands with each other during the tech show. Also, it says the microphones used by the speakers will be sanitized and changed.

You may like: Jeff Bezos (Amazon Chief’s) Phone was hacked by Saudi Crown Prince using Whatsapp

The Singapore Airshow which will open on Tuesday has also seen major firms pull out of the event. These firms include US aerospace giant Lockheed Martin, Bombardier and Gulfstream Aerospace.

Reports suggest that the Coronavirus outbreak has now killed more than 900 people. The vast majority of these deaths are in mainland China and the virus has also infected 34,800 people.

What are your thoughts on Amazon not attending the tech show? Is it right to do so because of the recent Coronavirus outbreak that has killed hundreds of people? Do tell us in the comments below! 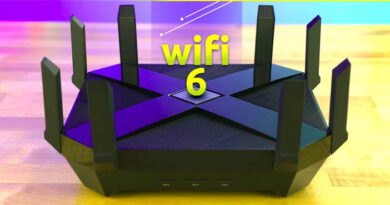