Call of Duty: Warzone is officially out today, and the most exciting fact is that it’s totally free to play. The game will be available across PS4, Xbox One, and PCs. The news was disclosed yesterday in a tweet by the official Call of Duty Twitter account. The tweet can be viewed below;

The tweet confirmed that the official date for the release of Warzone is March 10. Interestingly, the game won’t require gamers to own a copy of Modern Warfare and will be free to play to anyone. Even though you don’t need to have a copy of Modern Warfare, still Warfare owners are at an advantage. It is because Warzone will be available to download for the MW players at 8 AM PT today, while everyone else will be able to play it after 12 PM PT.

There were many leaks for a few weeks about a new battle royal mode. But thanks to the publisher Activision, a final confirmation of the mode was announced yesterday. Call of Duty: Warzone is a free-to-play game supports 150 players. You can download the Warzone game directly from your console’s digital store if you’re a new player. Also, the download for new players will be large taking up between 83-101 GB. But if you own Modern Warfare, the download will be just between 18-22 GB.

Modes of Call of Duty: Warfare

By looking at the trailer, the new mode of the game is looking quite fierce which also features LL Cool J’s ‘Mama Said Knock You Out’. The theme of the game is that Warzone will drop 150 players into an area and will let you choose either of the two modes. The two modes are Plunder and Battle Royale.

In Plunder mode of the game, you’ll have to collect the most cash by looting items on the map. You would also have to steal your enemies’ money and completing Contracts in-game. While in Battle Royale, each match will consist of 150 players which will split into a squad of three. All the players will jump out of a plane and land on a marge area where they have to search for weapons and kill other players just like PUBG. The circle on the map will shrink with time and the team that survives until the end is the winner.

Now we will be talking about the most interesting addition of Call of Duty: Warzone. It is a 1v1 respawn mechanic named as Gulag, a place where you’re taken as a ‘Prisoner of Warzone’ after you’re eliminated for the first time. Here, you get a chance to reallocate by defeating the opponent in a 1 versus 1 game. Another interesting aspect of the Gulag is that if your teammates fell by the wayside, they will be on the balcony during the battle. They will be looking for you to come back into the main field for playing, only in the case if you win. If you fail in the Gulag game, you will be reallocated if your teammates have won enough cash. Now, isn’t that interesting!

A tweet shared by the official account of Call of Duty reveals a preview of the Warzone map, named as Verdansk. In the map, a large stadium is placed in the center, a prison complex on the bottom right corner, and a ton of other locations that look like a firefight. The Game Awards 2019 – List of All the Winners and Nominees 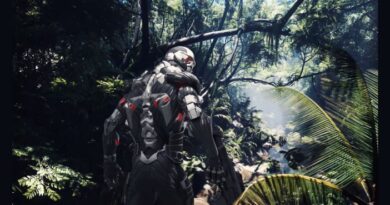 Crysis Remastered is coming to all Gaming Platforms including Switch Microsoft Flight Simulator 2020 is Coming to PC on August 18