Note: This article is updated on June 13, 2020, with the addition of newly revealed information.

At least we are hearing something official after a lot of rumors on the internet world. Sony has revealed its upcoming Play Station 5 & this long-awaited journey of years is ending soon with some amazing things to happen. The most exciting things this time in PS5 are its new Design, Specs, features, and DualSense Controller which we did not observe before in consoles series.

Moreover, PS5 is coming in two versions this time, One is the Standard PS5 with a Blu-Ray drive while the other is a Slimmer one without drive. The Company claims it to be a Next-Generation Console. While their top rival for PS5 is Xbox Series X. Let’s jump directly towards Specs, Features, and other aspects of Playstation 5.

Following are some advanced features to be expected in Playstation 5.

It’s all new guys, the more beautiful the more premium and eye catching. A Black curved structure inside the white external panels makes a really tremendous matching. Opening panels are widened to slim from one end to the other end. It also has a blue light in between the structure which doubles up the beauty. Sony said that “For the overall design, we wanted to deliver a console that’s bold, stunning, and unlike any previous generation of PlayStation.” & they did so.

Hardware specs of PS5 are the most powerful specs especially in the catalog of consoles. It will be packed with Eight-Core AMD Zen 2 CPU at 3.5GHz based on 7nm technology. While on the GPU side, Sony has chosen Custom RDNA 2 with 10.28 Teraflops & 36 Compute Units at 2.23GHz for PS5 having various advanced features next-generation gaming.

List of PS5 accessories includes some new and advanced items. Like HD Camera, a new Wireless Headset called Pulse 3D and a Charger for Controllers. As I discussed earlier in specs portion that PS5 will support 3d audio. So the new Pulse 3D will do so accordingly along with noise cancellation features. Accessories also include a media remote for providing functionalities of voice command control.

PS5 will come with 825GB of NVMe Solid State Drive (SSD) as its storage option. Which will have a positive impact on the load time of games and other operations. Just imagine its amazing specs that a game loading in 15 seconds on PS4 will load in 0.8 seconds on PS5 with this SSD. In the near future, Sony may consider Cloud-Based system as a storage option to remove the hurdle of limited storage.

Sony also revealed a list of next-gen games for PS5. Have a look at them along with a video trailer.

Conclusion of PS5 Specs and Features:

The gaming industry is on its way towards the new phase of the revolution. While expectation regarding PS5 specs & features seems to be going accordingly well so far. The new premium design really attracted my eyes to its beauty. The new PS5 may create an alarming situation of competition, especially with the Xbox Series X. But the end results are only development, advancement, and revolution in technology. So I will say that “Happy Gaming” and don’t forget to leave your valuable feedback in the comment section. 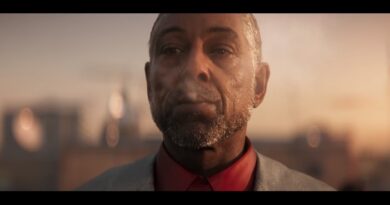