Breaking news as Samsung has apparently just leaked its next flagship phone, the Galaxy Note 20 Ultra. The company’s Russian website posted a couple of photos that were later deleted. But still, it was late as keen eyes on the internet were able to see and save these photos. The rumored Galaxy Note 20 Ultra photos were first seen via a Twitter user Ishan Aggarwal. The photos shared by Ishan reveal the right edge and back panel of the Mystic Bronze color variant of the Samsung Note 20 Ultra.

Read: UV Sanitizers for Your Mobile Phone are Coming Soon

Like the previous Note series, the Galaxy Note 20 Ultra also appears to have a boxier form factor with more square type corners. Apart from that, if the leaks are true, then the Samsung Note 20 Ultra will sport a triple-camera setup on the back. The camera module is quite similar to the Galaxy S20 series. There also seems to be a vertical cutout next to the three lenses. This cutout most probably is for the laser autofocus.

If the rumors are accurate, the Note 20 Ultra will feature a 108MP Samsung ISOCELL Bright HM1 1/1.33-inch primary sensor. Also, it’ll feature a 12MP ISOCELL Fast 2L3 ultra-wide lens with a sensor size of 1/2.55-inch. The third camera will also be a 13MP f/1.34 telephoto lens with support for up to 50x zoom. The reason for choosing a lesser telephoto limit than the Galaxy S20 is because of a smaller Samsung slim 3M5 sensor.

The other specifications of Note 20 Ultra specs include a 6.9-inch WQHD+ 120Hz LTPO display. The display resolution will be 3040×1440 and also the smartphone will have an improved S Pen with better sensors. The mobile will sport a 4,500mAh battery with 45W fast charging.

The entire Note 20 series will also feature a Snapdragon 865 or Exynos 992, depending on the region the smartphone will be. This processor will be paired with 12GB and 16GB LPDDR5 RAM. It’ll have an internal storage of 128/512GB. The Galaxy Note 20 Ultra is expected to release along with other variants on August 5. Along with that, we also expect to see the Galaxy Z Flip 5G and Galaxy Fold 2. Asus latest Gaming phone, the ROG Phone 3 is now Available in the US for $1,000 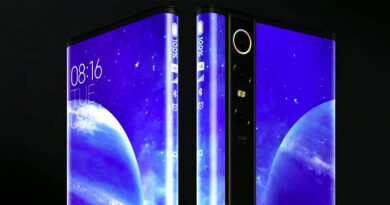