For those people who love wearing smartwatches, a really good deal has come up. The latest Moto 360 3rd Gen smartwatch released in January 2020 is now on sale just for $199. Yes, you heard that right, the new Moto 360 model of the smartwatch is now available at a price of $100 lesser than the original one. Originally, the price of it was $299, but now, for a limited time, the Wear OS watch is available on sale on its own website and on Amazon just for $199.

The smartwatch basically is designed with the Wear OS software by Google. We all know that Google is quite desperate for its ambitions with smartwatches. And that said, the best iconic release from it has been the Moto 360. From the 1st model of it released back in 2014, to the second-gen, and now the 3rd, Moto 360 is the Wear OS watch everyone obviously loved.

Here’s what you would like to know about the smartwatch:

Would you Go for it or Not?

All of the above-mentioned awesome and eye-catching specs and features of the smartwatch are now available at just an inexpensive price of $199. You can order it directly from Motorola’s official shopping page. Or you can also order it through Amazon. Would you go for it or not? Tell us in the comments section given below. 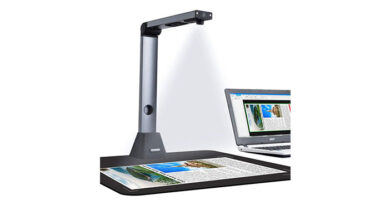 Best Document Camera You Can Buy in 2021