Yes, you heard that right, Xbox’s latest gaming console will be launched worldwide on November 10, 2020. It’ll release right in the holiday season. The price of the new Xbox Series X is quite similar to the yesteryear console i.e. $499 with a $35 per month Xbox All Access financing option. This is the console that all the gamers had been waiting for. As it contains a swathe of beast specs and features that a console could ever have.

The keys specs of the Xbox Series X include a Custom AMD Zen 2 CPU, 1 TB NVMe SSD, 16GB GDDR6 memory, and a 12 Teraflop RDNA 2 GPU. While the key features of the Series X include 4K visuals at 60 fps, 8K and 120 fps support, ray tracing extremely fast game loading times, and much more. Now being confirmed, all of these exquisite specs and features of the next-gen console will be available only for $499.

Xbox Series S will also release along with Series X

Not only did the price and release date of Xbox Series X release, but there’s something more to it. Microsoft is working on another gaming console too along with Series X. The name of the second gaming console that too will release on November 10 is the Microsoft Xbox Series S. Apart from the release date of the Series S, the price of the console has also been revealed by Xbox’s official Twitter page itself. The Xbox Series S will be available at a price of $299.

Microsoft Series S is said to be the smallest Xbox ever, quite similar to the Xbox One X. But it’ll be quite different from the new Xbox Series X controller. The major difference in both the consoles appears to be the giant cooling vent on top of the console and the lack of a disc drive in the Series S As the price of the Series S is $200 less, it’ll obviously be less powerful than the Series X.

Prior reports claim that the Series S will be capable of 1080p as well as 1440p gaming. But you won’t be able to play games in 4K resolution. The RAM and the CPU are also less powerful as compared to the latest Xbox Series X console. The other specs of the Series S as said by Microsoft will be revealed soon. 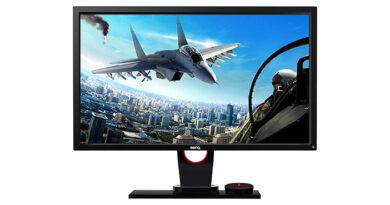