The major iOS 14 bugs that are creating a problem for the users are majorly the battery draining, overall performance, installed apps not working properly, Wi-Fi issues, and much more. But you need not worry about it as we’re here to help and tell you the solutions to the problems. We all know that Apple once a year releases a major update to the iOS software that runs on all iPhones. Millions of people get important new features for free, along with patches for security bugs and interface improvements.

Read: Here are some of the Best Services that Google Home Provides you with

The newest software update Apple has released this year is iOS 14. This version was announced on 22 June at the WWDC event and was available for download on Wednesday 16 September. In today’s article, we’ll be discussing the problems of the iOS 14 update along with any solutions that have been figured out so far. Most of the solutions to the problems involve updating Apple iOS 14 to the latest version of iOS.

In case you haven’t updated your iPhone to the latest version of iOS, all you got to do is go to the Settings> General> Software Update> Download and Install and click Install Now to get the update.

Technically, the first and foremost problem is that you’re not even on the iOS 14 yet. If you have a compatible iPhone then you must be able to get the latest software update. For the software update to happen, make sure you have an iPhone 6S series or higher. For downloading the latest update, you also need enough space on your device. Also, the battery of the iPhone needs to be charged fully for the update to get completed. The best time for installing the update is when your iPhone is on charging.

In case you have an iOS Beta version on your smartphone, then you got to delete that version. All you gotta do is head to the Settings> General > Profiles. Once the beta version is deleted, reboot your iPhone and return to Settings> General> Software Update to download and install the latest update.

2. Widgets can’t be added or edited in the latest Update

iOS 14 widgets are the most interesting and new features of the latest update, but users are finding it difficult to add or edit widgets. The most irritating part is that the new apps you download are not allowing you to add widgets when tapping the + icon in the top right corner.

Although we know that this problem will not be properly solved until Apple officially issues an update to fix the known widgets issue. But in the meantime, we have still got a quick solution for you. All you got to do is just open up the app and play around with it first, then close it. When you unlock your phone, you’ll find it appear within the widget list after pressing the + icon.

All the iPhone uses make quite a use of the Weather widget. But in the latest update, many users have found that it’s not working. The reason behind this is that the location services on the iPhone are not being configured properly for Weather.

This issue can be fixed by going to the Settings> Privacy> Location> Services> Weather. Once there, toggle “While Using the App or Widgets” on and also toggle on ” Precise Location”.

USers after updating their iPhones to iOS 14 have this problem of their smartphone’s W-Fi being disconnected again n again. The major problem with the Wi-Fi is that once you lock the phone screen and put the iPhone on sleep mode, the connection loss. This is not an issue for one or two users, but hundreds of people are facing this problem.

The solution to the problem being faced in the latest iOS update is that Apple has already released a new operating system update. The update as released by the company is named iOS 14.0.1 that aims to fix issues of users relating to the WiFi connections. We hope that with this update, the iOS 14 glitch of WiFi connectivity will be fixed.

The most anticipated and yet interesting feature of the new Apple iOS 14 is that you can now set third-party browsers and email apps as default apps on your iPhones and iPads. This feature was a much-requested one from Apple users and thankfully in the latest iOS update, it got included.

You may like: SteelSeries Arctis 7 2019 – The Best Wireless Gaming Headset

Well here’s the main point, if you have used this feature already to set the Gmail as your default mail app and/or Google Chrome as your default browser, then you must have seen that there’s a bug that resets your default apps back to Safari and Apple Mail once you restart your device. This means that you’d have to revert it back in Settings in your reboot or iPhone or iPad.

The solution to the problem is that Apple has already released a new operating system update. The update as released by the company is named iOS 14.0.1 that aims to fix issues of users relating to the default apps getting reset. We hope that with this update, this iOS 14 glitch will be fixed.

Have anyone of you experienced this glitch after the latest iOS 14 updates that warned your iPhone or iPad is “Jailbroken”? Don’t freak out, because your app might not have fully updated to the iOS 14. Thus, it’s failing to recognize the new OS as an official update.

There’s no need to worry about, as it’s just a bug and most probably is solved in the latest iOS 14.0.1 update. Just update your iPhone or iPad to the latest software and the problem will be solved. In rare cases, if the problem still persists, contact Apple to alert them about the issue.

Many users have claimed that their batteries have drained at an alarming rate after the latest iOS 14 update. Well, the battery draining issue after a major software update isn’t really something unordinary. However, if you’re just updated to the latest iOS 14, then you’ll need to wait for your device to finish performing some background tasks and indexing. No need to worry about as this activity utilizes system resources wich makes the battery drain out faster than usual.

However, if all the indexing tasks and other activities are done and still you’re facing battery draining issues, then you need to worry about it. The first and foremost thing you should do in such a situation is to check your iPhone’s battery health. If you’ve purchased your iPhone recently, then you’d be fine. But if you’re using an older iPhone, then it’s absolutely worth-checking. You simply have to go to Settings> Battery> Battery Health, and you’ll be able to check your device’s current maximum capacity. In case you battery has significantly degraded or needs replacement, you’ll be notified accordingly.

You can also extend you battery life generally by:

Also read: Here’s Everything you Need to Know about the Latest Samsung Galaxy S20 Fan Edition

To conclude, we’re at that messy beginning point of the iOS 14 launch, where a lot of problems and fixes and new bugs pop up all the time. We assume that a new iOS 14.0.2 update will soon be released to fix all the issues being faced in the current iOS version. 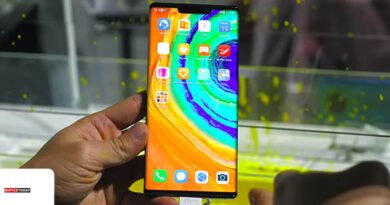