On September 30, 2020 i.e. today Google will be holding its annual fall hardware event. Due to the ongoing Coronavirus pandemic, the event will be online and will be livestreamed at 2 PM ET to the masses. The company will be unveiling some of its new products at its “Launch Night In” event.

Google has already officially announced a little of what will launch today. At the event, we’re expecting that Google will launch at least two new Pixel smartphones: the Google Pixel 4a 5G and the Google Pixel 5. In addition to the smartphones, we also expect that there will be a new smart speaker i.e. the Nest smart speaker, and a new media streamer i.e. Chromecast.

Read: Here are some of the Best Services that Google Home Provides you with

Much of the products are already known thanks to the typical pre-event rumors, renders, and leaks. But the entire details and information regarding these products will be showed off today. In case you need to know the details, don’t worry, we’ve got that all covered for you.

Here’s everything you can expect at the Google Fall Hardware Event 2020:

1. Google Next Flagship – The Pixel 5

Google is going to unveil its next flagship phone, the Pixel 5 at the Google Fall Hardware Event. The company has already revealed some of the details already. The details include that the smartphone will be arriving this winter and will be available in the US, UK, Canada, Ireland, France, Germany, Japan, Taiwan, and Australia. Moreover, the smartphone will also support 5G network connectivity.

Talking about the specs, a lot of leaks and renders from WinFuture have already revealed a lot about the smartphone. The new Pixel 5 smartphone will allegedly have a midrange Snapdragon 765G processor that has Qualcomm’s integrated X52 modem for 5G connectivity. The smartphone will, however, only support slower sub-6GHz 5G networks and won’t support faster mmWave 5G.

The Google Pixel 5 flagship phone may have a 90Hz refresh rate that will make your smartphone feel smoother and much more comfortable to use. It’ll also feature a 6-inch 2340 x 1080 OLED screen, and a 19:5:9 aspect ratio. The Pixel 5 is rumored to have two cameras similar to the Pixel 4 with a 12.2MP main camera and a 16MP ultrawide camera.

Apart from this, the smartphone will feature an 8MP hole-punch selfie camera, 128GB of internal storage, 8GB of RAM, a 4,080mAh battery, and 18W USB-C fast charging.

As per the design and look of the phone, Google itself revealed a side profile of the device. Apart from that, Google Japan also showed off most of the Pixel 5’s front in a (now deleted) tweet on September 24th. The design of the Pixel 5 seems to be a bit different from the Pixel 4. The Pixel 5 doesn’t have the larger top bezel that sported its face unlock technology and motion-detecting radar.

The fingerprint reader is on the back of the phone this time and according to the renders from Evan Blass, the phone will be available in two different colors: Seafoam green and Black.

The Pixel 4a 5G will also be revealed at the Google Fall Hardware Event today. We’ll share some of the details we’ve known about the smartphone from the leaks and renders.

The Pixel 4a 5G will allegedly be powered with a Snapdragon 765G processor. It’ll also feature a 12.2MP and 16MP back cameras, and 8MP front cameras. The smartphone will feature a slower 60Hz refresh rate screen, a 3,885mAh battery, 6GB of RAM instead of 8GB, no IP rating for water or dust resistance, and a Gorilla Glass 3 screen instead of a Gorilla Glass 6 screen.

The Google Pixel 4a 5G will also have a 3.5mm headphone jack. Google has said that the Pixel 4a 5G will cost $499 and will be available in Canada, the US, UK, Ireland, France, Germany, Japan, Taiwan, and Australia.

The Google Pixel 4a 5G according to the leaked specs will have a 6.2-inch screen, the largest in all the Pixel flagship phones. It’ll also share the Pixel’s 5 2380 x 1080 resolution but the refresh rate here will be 60Hz.

Leaks about a new Google-made TV dongle with the codename “Sabrina” have been seen on the screen for months. But now, before the official launch of the dongle, nearly everything has been revealed about it. The new dongle basically is named Chromecast with Google TV. It runs the new Google TV operating system (also known as Android TV). The dongle comes with its own remote control, unlike the previous dongles.

According to a leak, someone was even able to purchase the Google Chromecast from Walmart. It was seen that the dongle was termed as “Chromecast with Google TV“. It has support for 4K HDR. Also, a leaked video surfaced online that incorporates streaming services like HBO Max, Netflix, Prime Video, Spotify, YouTube, and more.

It’s been four years since Google released a new Google Home audio speaker in 2016. But now it looks like we finally might get to see a new product. The device is in the works – this news was confirmed well back then in July when Google officially released assets of the device.

Although the device was shown off, none of the specs are known. All that we know is it’s coming in either gray or blue. A while ago, a leak was posted on Reddit that confirmed the name of the device as Nest Audio. According to the instruction manual of the Google audio speaker, the touch controls are located on the top front of the device. Similar to the Google Home, it’ll be priced at $99.99.

That’s all the details we had about the products that will unveil today. We’ll keep you updated about the Google Fall Hardware Event once it live-streamed. 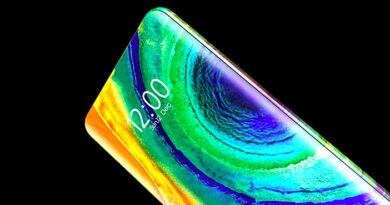 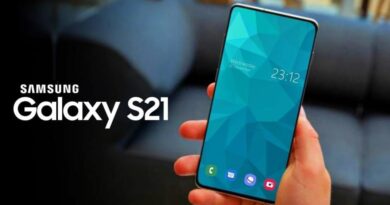