The Google Fall Hardware Event occurred yesterday on 30 September 2020, where a bunch of products was revealed. The company unveiled the latest Google Pixel 5, Google Pixel 4a 5G, Google Next Audio, and Chromecast with Google TV. All of this is something really good for people who like new hardware. Today we’ll be giving our review on the most-rumored product of the event, the Google Chromecast 2020. In case you need to know everything about it, stay with us as we’ll be giving a detailed hands-on review on the latest Google dongle.

Read: What to expect from the “Google Fall Hardware Event” today?

Google on its hardware event yesterday announced a new streaming device that runs on the “Google TV”. The latest Chromecast dongle is truly a better version of the Chromecast Ultra as it streams 4K videos, comes with remote control, and also there are some new features in Google TV. That said, although Google TV isn’t the most perfect, still, the dongle is fairly good at a price of $50.

Well, seven years ago in 2013, Google launched the original $35 HDMI Chromecast dongle with which you could watch your favorite streaming apps on a big screen. Since then you could watch your favorite TV shows on a big screen with the help of these streaming gadgets. But this year, Google decided on designing an improved streaming device, that would have a remote, support for 4K HDR, and that’s what we have today in front of us. Now without further delaying, let’s jump into the review of the Google Chromecast 2020.

Design and Hardware of the Google Chromecast 2020

Chromecast with Google TV is a dongle like most of the other streaming devices that plug into an HDMI port on your TV. The only difference this time is that it comes with remote control. The dongle itself has an oval shape and comes in a few beautiful colors. Similar to the last-gen Chromecasts, this dongle also has a subtle G logo in the middle.

There’s a short cable that comes with an HDMI plug and it extends from one end while the other end has the power port. Another plus point of the Chromecast is that Google has moved to the USB-C this time that is obviously very good. Moreover, the new Chromecast with Google TV doesn’t include an Ethernet port for a wired internet connection, unlike the Chromecast Ultra.

The Chromecast this time comes with a Remote too!

Google added a remote to the Chromecast this time. For years the biggest complaint most of the people had about the dongle is that it didn’t come with a remote. The drawback of not having a remote is that the Chromecast lacked an interface which in result made it a difficult device to use if you weren’t a tech-expert. But thanks to the new Chromecast, now we can control our commands with a remote.

Chromecast with Google TV’s is somewhat the same size and shape as that of Roku. Talking about the design of the remote, there’s a D-pad that has a select/play/pause button. Below the d-pad, there’s Back, Assistant, Home, Mute, YouTube, and Netflix buttons. The added two buttons to the remote feel a little too much for the minimalistic design it offers. However, it’s still done for the convenience of users and we’d really appreciate that. At the bottom, the remote has controls for input and TV power. The volume buttons are side-mounted, and the feature is quite similar to the Roku remote.

Remote comes with Voice-assistant Feature too!

As discussed in the previous article, the remote also comes with a built-in microphone for enabling the voice assistant features. The microphone comes to life when you press and hold the Assistant button. In order to know that the microphone is active, a small LED at the bottom of the remote lights up. You can send commands similar to the Google TV UI, like watching a TV show or movie. Through the remote, you can also talk to the other Assistant things in your houses like lights, music, and security cameras.

What’s in the Box?

In the box of the Chromecast with Google TV 2020, you get the Chromecast, remote, and a USB-C power cable. Apart from that, there are also two AAA batteries hidden at the bottom of the box.

The new Google Chromecast 2020 has two “modes”. You can either use it like the older dongles to stream videos and movies from any supported app on your phone. You can also plug the Chromecast into the Google Home app for settings and audio. Or the second option is that you can use it to dive into the new Google TV software. The Google TV software works quite well with the new Chromecast.

Although sometimes, it takes a while to launch an app or show content details, still it doesn’t drop frames or lag substantially. You can easily play games with the new software and the game works pretty well. A fact to mention here though is that there’s not enough space on the device to install anything of your choice. So, you can just enjoy the limited features it offers.

The Google TV (GTV) interface has similar tiles to those in Android TV, but the main focus here is on the content rather than the apps. The home screen of the new GTV is called For You that shows videos from all the apps that you’ve installed. There are also suggestions for users to watch and various genres come below as you scroll down the screen. GTV also has added a “Watchlist” feature to help you save anything you might want to watch later.

Google TV also has TV integration, which means there’s a dedicated tab for Live TV. Some of the live programming and shows will also appear on the For You screen. As seen in the launch, it works only with YouTube at the present. The company says that more TV providers will add up in the future. Meanwhile, you can also launch different apps like Sling and Hulu to watch live TV.

The TV interface, however, is quite similar to that of the YouTube TV app. You can see your record content, recordings, and cross around the channels without opening the YouTube TV app. But here’s the thing: you have to be logged into the same primary account on YouTube as on the dongle. Otherwise, you won’t be able to see the home screen integrations.

Remote compatibility with the Chromecast dongle

Talking about the remote compatibility with the Chromecast dongle, it’s quite cool. The remote setup process with the dongle is efficient. Once, you select the audio and TV setup, it processes the IR blaster to control everything. Also, there’s no delay while using the remote after it’s been set up. It works very smoothly and unlike the NVIDIA shield, the remote answers to the commands in microseconds.

Following are the specs of the new Chromecast with Google TV.

Google announced a bunch of products at its big hardware event. The company announced the Google Pixel 5, a 5G-enabled phone at $699. It also revealed a much affordable $499 Pixel 4a with 5G support, a Chromecast with Google TV, and a Google Nest Audio. Below, you can know from where you can pre-order these products as pre-orders are live now.

Google Pixel 5, the company’s latest flagship phone comes in one size, with 128Gb of storage, 8GB RAM, and a 6-inch OLED screen. You can choose between two colors i.e. black and green. The price of the smartphone is $699, you can preorder it now and it’ll then release on October 29th.

Google Nest’s latest smart speaker, also known as Nest Audio is available for pre-order at a price of $99. It’ll release on October 5th.

Google Chromecast, unlike other Chromecast runs on the Google TV software. It is priced at $50 and you can buy it today. There’s no such thing as preorder for it.

Also read: Here are some of the Best Services that Google Home Provides you with

To conclude, I’d rate the new Chromecast with Google TV 2020 as a big success. There’s a remote that you can use for your convenience, it streams 4K HDR videos, which is a big plus, and runs on the quite efficient Google TV software. I’d surely recommend it to anyone who would like to buy a streaming dongle for his smart TV. 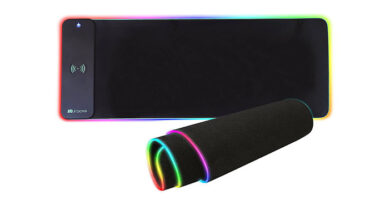 Best Wireless Charging Mouse Pad You Can Buy This Year 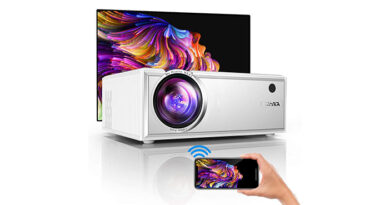 Best Portable Wireless Projector You Can Buy This Year 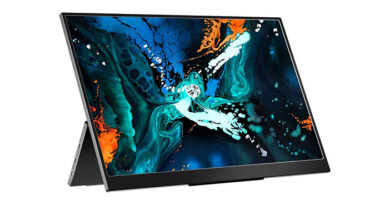 Best Portable Monitor For Laptop You Can Buy in 2021