Vizio at CES that occurred in January 2020 revealed that it would finally launch a couple of 4K OLED TVs in its lineup. The release date of the 4K OLED TVs was not announced at that time. However, in June, Vizio did announce the pricing for its highly anticipated and exceptional debut 4K OLED HDR Smart TV models, but still, there was no say on when the TVs would be released.

Read: Asus latest Gaming phone, the ROG Phone 3 is now Available in the US for $1,000

Finally, Vizio has now announced the date of when people could buy the latest Vizio OLED TVs, and yes you’re thinking right, the time is now. You can buy the Vizio’s first-ever 4K OLED TVs right now that too on a $100 discount at Best Buy. The Vizio 55-inch model for $1,300 and the Vizio 65-inch model for $2,000 are both available at Best Buy with a $100 discount. The discount offer is valid until October 9.

We weren’t expecting to see this amazing deal till the Prime Day start, but however, it seems like Best Buy is leading Amazon by giving the greatest discount of the year. This $100 deal is the first we’ve ever seen on Vizio 4K OLED TVs and we bet that it couldn’t get any better. Both the new models of Vizio OLED TVs set a new benchmark in terms of price. It’s because the 55-inch Vizio OLED TV model is coming in $300 under the official price of LG’s most affordable 55-inch OLED i.e. the $1,600 BX Series.

The Vizio’s first 55-inch and 65-inch 4K OLED TV are somewhat a great success in terms of display technology. They offer some of the best TV features, that are, perfect black levels, silky-smooth motion handling, and rich color reproduction, thus making them an obvious competitor to LG’s most affordable OLED TV Series, the BX.

Speaking about the size of the OLED TV, it is 55-inch while the other is 65-inch. It performs very well since the performance of the display does not rely on backlight apparatuses that change depending on the size of the display. The overall look and display of the Vizio OLED TVs are very promising as they do not offer any drawbacks. Talking about the software included in both Vizio OLED models, it is the company’s SmartCast software. Along with the latest software, you also get a newly designed version of the standard Vizio remote control.

Apart from that, the Vizio OLED TVs are packed up with a standard and future-facing connectivity options. The TVs include four HDMI 2.1 ports. The HDMI ports inclusion in the TV ensures that the Vizio OLED will support phenomenal gaming features for many years. Other than the HDMI port, you’ll get one USB 2.0 ports, composite input, LAN ethernet port, RF input, optical audio output, and analog audio output.

Talking about the performance of the Vizio OLED TVs, it is the best of all seen to date at such a price. The Vizio 4K TVs offer sensational contrast, true-to-life color, and a picture that won’t degrade in case you’re watching it from an off-angle position.

In terms of gaming features, the Vizio OLED TVS supports both Variable Refresh Rate (VRR) and Auto Low Latency Mode (ALLM). VRR basically prevents screen tearing and ALLM allows a TV to automatically change to the designated gaming mode. Also, both the 55-inch and 65-inch Vizio OLED TVs sport a native refresh rate of 120 Hz. This means that these TVs not only offer motion handling built on the highest refresh rate, but they’ll also support 4K gaming at 120 FPS.

Like the other OLED TVs from Sony and LG, the Vizio OLED’s design is also supreme. Since these TV’s self-illuminating pixels don’t require a backlight, the TV panel doesn’t require any of the chunky hardware than typical LEDs and LCDs rely on. The end result of the TVs is that the panels are super-svelte and are narrower than most smartphones at its thinnest points.

Apart from that, there’s some bulk around the back of the panel to house the TV’s internals, but not as much bulk as you’d find in a normal backlit LED TV. The entire display of the TV is propped up by a metallic, eye-catching stand which seems quite unique, attractive, and it clearly indicates that it’s one of the best-looking TV designs we’ve seen so far.

By looking at the specs and features of the OLED, it seems to be a pretty good option for those who’re looking for a 4K OLED TV. Also on top of that, you’ll get $100 off on both the Vizio 4K OLED TVs at Best Buy. I probably think this is the best deal ever for TVs as other OLED TVs are quite expensive although they offer the same specs. 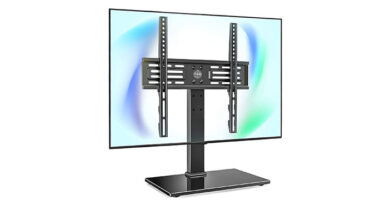 Best Universal TV Stand You Can Buy This Year 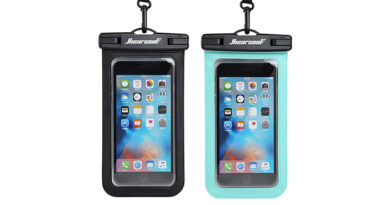 Best Waterproof Phone Case You Can Buy For Apple and Android