Amazon Prime Day 2020 is starting in just a day i.e. on October 13, which is bringing more than one million exclusive deals to Amazon Prime subscribers. The subscribers will be able to avail thousand of different deals over a 48-hour period. Prime Day 2020 will officially take place on October 13 and 14. But Amazon is also offering early-access deals on everything from Apple devices to robot vacuums to eager shoppers through the weekend. In today’s article, we’ll be discussing some of the best Prime Day 2020 deals that you need to know about right now.

Read: Best Streaming Microphones You can Buy in the Year 2020

Just for the sake of information, those who don’t know what Prime Day actually is, here’s what I can explain. Prime Day is an annual savings event available to members of Amazon’s Prime service. It started as a celebration of Amazon’s 20th Anniversary in 2015 as a “one-day-only event having more deals than Black Friday, solely for Amazon Prime members around the world.

Since then Amazon has been bringing the Prime Day each year and dissimilar from before, the Prime Day is now a two-day event that is filled with early deals in the days that lead up to the main event.

Here are some of the best Prime Day 2020 early deals that are absolutely amazing:

You can save $20 on the brand new Amazon Echo 4th generation if you buy two of them at Amazon right now.

This is a great offer indeed as these devices are not even out on the market yet. You have to use the Promo code DOT2PACK to avail the $20 discount.

Amazon offers a discount from time to time on AirPods Pro, but this $199 price tag is the lowest we’ve seen yet.

There was a $219 sales price earlier, but with this $199 deal, you get an extra $20 off which according to me is a stunning offer.

For an excellent 1080p HD camera with motion detection and vision, this is the best security camera you can buy right now with a $10 discount.

You can now buy the Amazon Echo Show 5 at the lowest price ever, exclusively for Prime members.

With the Amazon Echo Show 5, you can save $45 on this smart display which is absolutely a great deal.

This is an excellent discount on the recent release, and in case you need more space, the $429 128GB model is down to $395 as well.

This LG Nano cell TV from 2019 is indeed a great choice over the other standard LCD technology, and also it comes with Alexa and Google Assistant built-in.

Below is a list of laptops that are on a huge discount on Amazon Prime Day 2020 and I’m sure you might want to buy it.

Below is a list of best TV deals that are on a huge discount on Amazon Prime Day 2020. You can have a look at them in case you want to buy one.

Here are some of the best Amazon Prime Day 2020 Phone and Tablet deals you would surely know about:

Here are some of the best gaming deals you’d surely want to get your hands on:

Amazon is providing a variety of audio deals on its Prime Day 2020. Here are some of the best ones;

AirPods with wireless charging case for  $159.99 at Amazon

Below are some of the best Amazon Prime Day 2020 Audio deals:

Fitbit Ionic just for  $169 at Amazon

Garmin Vivoactive 4 just for  $299 at Amazon

So far, these are the best Prime Day 2020 deals that are live now at Amazon. Go and grab them before they get out of stock! 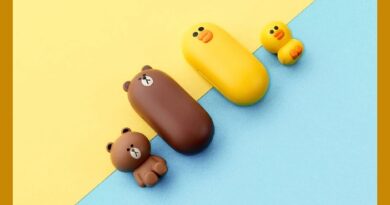