Wifi 6 is on its way to bring internet world into the next generation of speed. On Monday 16th, Wifi Alliance officially started a certification program for manufacturing routers having Wifi 6 GHz support. Capable of delivering the most stable and advanced connectivity.

Wifi 6 is also known as “AX Wifi” a more boosted & convenient technology of its time. Concept of Wifi 6 not new, Its headline of the tech industry since 2018. But after CES 2019, where several companies introduced devices featuring Wifi 6 GHz support. Its implementation process took speed towards manufacturing phase.

So far, There are only a few devices compatible with Wifi 6 connectivity. Like Samsung S10 Series, Note 10 series, and iPhone 11 series. Laptops having 10th Generation (Ice Lake) processors also support Wifi 6 feature. While users with older laptops can get dongle devices to use Wifi 6 technology. Other than that, more devices this year are expected to be released with 802.11ax support.

Most of the older Wifi models have been excluded from users list as the latest ones have replaced them. So, that was some juicy information related to Wifi 6 GHz and its amazing features. In near feature, Wifi 6 along with 5G technology is gonna perform pretty well & will surely create ease for the internet world. Let me know in comments about your opinions regarding this new technology & do share it in your relevant social circle. 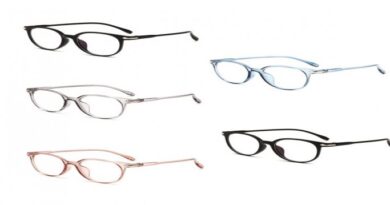 Best Blue Light Glasses for Computers You Can Buy This Year PTA Permits Jazz and Zong to test 5G in Pakistan