The United Arab Emirates (UAE) first-ever spacecraft mission to Mars has been successfully launched. It is beginning a seven-month journey to Mars in a significant mission. On Sunday, July 19 at 5:58 PM eastern time, the UAE’s $200 million Hope spacecraft lifted off onboard a Japanese Mitsubishi H-2A rocket. It lifted from the Tanegashima Space Center off the southern coast of mainland Japan.

Read: Twitter Faces a Massive Hack of its History

About an hour after launching, the UAE spacecraft separated from the upper stage of the rocket. And then it began its solo journey to Mars. It is scheduled to arrive in February 2021 and will enter around the planet and begin its mission. Yousef Al Otaiba, the UAE’s ambassador to the US said after the launch;

Years of hard work and dedication have paid off in a big way. The UAE’s first Mars spacecraft is now flying into space, well on its way to another planet. Now that the spacecraft has launched, it will be months of both hard work and nervous waiting for the mission control team at the Mohammed bin Rashid Space Center in Dubai, with several maneuvers required along the way to Mars.

The UAE Spacecraft Hope, when it’ll arrive, will be placed into an orbit between 20,000 and 43,000 KM above the surface of Mars. The spacecraft will complete an orbit once every 55 hours, at an angle of 25 degrees inclined. It means that different parts of Mars will rotate beneath the spacecraft. The official Hope Mars Mission Twitter account says, “It’s an honor to be part of the global efforts to explore deep space. The Hope Probe is the culmination of every single step that humans have taken throughout history to explore the unknown depths of space.“

China and the United States are also launching spacecraft to Mars this summer. China’s Tianwen 1 and NASA’s Perseverance Tower are expected to launch sometime between late July and early August. However, the exact date of launch is not known at the moment. There is a reason for all the three countries China, the US, and UAE launching spacecraft this summer. It is because of the occurrence of a biennial window when Earth and Mars are closest together. And so, it will make the journey to Mars a little bit shorter.

Also read: After PUBG Mobile TikTok is at Risk of Ban in Pakistan

To sum up, the Hope probe will aim to take a variety of measurements. They’ll aim to explore different theories. Al Amiri says that the team is specifically interested in a probable link between dust storms and the loss of hydrogen and oxygen that are basically the basic constituents of water from the Martian atmosphere. After PUBG Mobile TikTok is at Risk of Ban in Pakistan 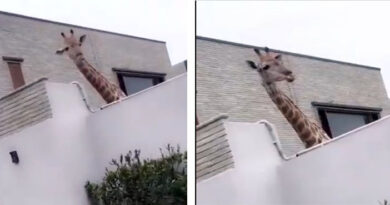 Believe it or not! A Family in Karachi has Giraffes as Pets at Home