Finally, the wait is over here for Samsung fans. Galaxy Note 10 has been launched officially in New York on August 7, 2019. While will launch in the entire US, UK & Australia on August 23, 2019. This time Samsung released Note series in 2 variants Note 10 & Note 10 Plus. Both of the flagships are super fast with advanced features & design structure. Powerful Specs, better Battery life, improved Camera quality, S-Pen functionality, and the bezel-less Display is something prominent than previous Note’s we had.

Before moving towards a detailed review, have a look at the specifications of the device first.

As we know, Samsung is well known for using AMOLED Display Technology in its smartphones for a long time. While if we talk about the display structure of Galaxy Note 10 & Note Plus. Both are featuring 6.3 & 6.8 inches of a Dynamic AMOLED panel with minimal bezels and corning gorilla glass 6. Samsung has downgrade screen resolution this time, don’t know why but the display still looks vivid & clear.

One thing you will notice most in Note 10 is its size which does not look much bigger in hands despite that big 6.3 inches display. As well as it is thinner & lighter than the previous Galaxy Note 9. Both Note 10 & Note 10 Plus has a sleek & attractive design with glass on the back & Infinity-O hole-punch camera on top center of the display. Built quality contains glass & aluminum. There is an immense contribution of beautiful colors making Note looks more impressive.

S-Pen is representative of Samsung’s Note Series. If there is no S-Pen there is no concept of Note devices. It supports writing, drawing and converting multiple things accordingly. This time Samsung improves S-pen with certain new features like air gestures, remote control, handwriting to text conversion, and off-screen functionality, etc. It also features AR Doodle to draw live moments with the help of S-Pen.

I could not figure out much difference in Camera specs between S10 and Galaxy Note 10. But in Note series, they include some additional camera features as compared to S10. There is a quad & triple rear camera setup on Note 10 & Note 10 Plus. You can use Live Focus mode for video recording as well as night mode support is also added to get a satisfactory result in low light conditions.

There is a setup of 12, 16 & 12 Megapixel cameras in this series of Note 10 varying between f1.5, f2.2 & f2.4 aperture. It offers a 2x optical zoom without any damage to the quality of an image. Ultra-Wide & telephoto cameras along with depth sensors are included in this series.

You may also like: Galaxy S11 Design & Concept – A Futuristic Smartphone

As I discussed in the above specifications, Galaxy Note 10 has 3500 mAh of battery & Note 10 Plus has 4300 mAh of battery. In the box, you will get 25watts of the fast charger while these phones can support up to 45watts of charger which you have to purchase separately. It is also compatible with a wireless charger of 15watts.

Within an hour it can charge the phone from 0 to 100. So this capacity can surely deliver an efficient battery performance whole the day with gaming net surfing and other related stuff.

Finally, Samsung has decided to remove the headphone jack in Galaxy Note 10 Series for a space-friendly design structure. They claimed that most users of Note series don’t use headphones in a normal routine. So they decided to remove it for expanding the battery area.

If user wants to use wired headphones then the option of USB-C Port is available inside box. Slot for a memory card in Note 10 is also removed along with headphone jack. While for Note 10 Plus users, they can expand memory to 1TB without any problem. Samsung also removed Bixby button in Note 10 series & shifted it inside power button.

The price range of both the Galaxy Note 10 & Note 10 Plus does not differ much as compared to specifications. Get Note 10 for $1340 and Note 10 Plus for $1528. You can pre-order these smartphones now and can purchase from stores after the 23rd of August.

You may also like: Gaming Smartphones 2019 – Top 4 Beasts of Gaming. 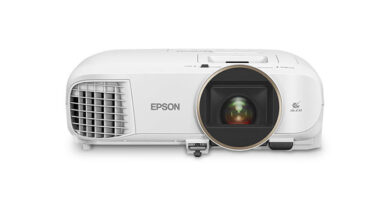 Best Projector for Gaming You Can Buy in 2020 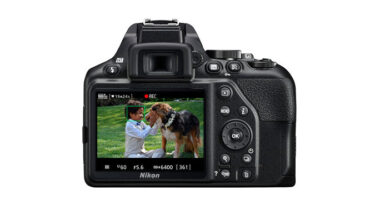