Most of the people around the world feel sad or depressed at times. It’s normal to feel grief and sorry to lose something or having to struggle in some part of your life. But when this grief, intense sadness that includes feeling hopeless, helpless, and worthless lasts for more than a week and lets you go away from the normal life you were living, then certainly its something way more than sadness. Such a condition is known as clinical depression and there seem to be many types of it.

No no, don’t worry because it’s not only you who’s suffering from it but in fact more than 264 million people around the world are. There are many different types of depression and you may not know but they affect a person in a very serious way. Today, we are going to discuss what is depression, its types, causes, symptoms and treatment. So, hang in there, if you think you or someone around you is suffering from it.

According to WHO, Depression is a common mental disorder characterised by persistent sadness, sorrow, grief, and a lack of interest in previously enjoyable activities. It is an illness that disturbs sleep and appetite. Tiredness and weak concentration are very common in it. Depression is a primary cause of disability around the world. Its effect can be long-lasting. It drastically affects a person’s ability to live a normal and rewarding life.

There are several different types of depression. Below, I have mentioned some of the most common types of them.

A major depressive disorder is the most severe type of depression. It is identified by tenacious feelings of tiredness, sadness, hopelessness, and worthlessness. The person suffering from it loses its interest in activities that he/she used to enjoy. It is such a kind of disorder that doesn’t go away on its own. The treatment of this type of depression are medication and psychotherapy.

Persistent depressive disorder (PDD) also known as Dysthymia is a milder, but chronic form of depression. In order for the diagnosis of the disorder to be made, it at least takes 2 years for the symptoms to persist. PDD is more dangerous as it lasts for a much longer period. It can be treated successfully if and only if you strictly follow your treatment plan.

Bipolar disorder, previously named as manic depression is a mental health condition. It causes mood swings which include highs (hypomania) and lows (depression). Depression seems to be a common symptom of bipolar disorder. Various research say that people with bipolar disorder show symptoms more than half of the time.

Psychotic depression is a type of depression that occurs when an extreme depressive sickness includes some form of psychosis. The psychosis could include symptoms like hallucinations or delusions or some other break with reality.

The symptoms of men suffering from depression are described below:

It is nearly double in females than in males according to the CDC. The symptoms of women suffering from depression are described below:

Symptoms of Depression in Children

Symptoms in children suffering from depression are mentioned below:

Depression is treatable. You can easily get rid of it if you follow any of the following treatments:

To conclude, depression is a real illness and no one can get away with it. With proper diagnosis and treatment, many people with depression can overcome it. If you are undergoing symptoms of depression, the first step is to see your psychiatrist or doctor. Talk about your matters and demand for a thorough evaluation. This is an initiative for addressing your mental health needs. 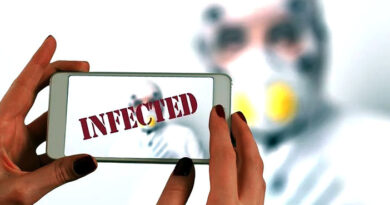 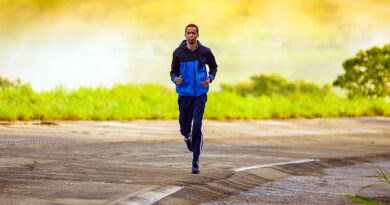 Following Benefits may Force you to Make Running a Habit