The world premiere trailer of Far Cry 6 has just been released. The trailer was released during the Ubisoft Forward event that occurred yesterday on July 12. Well thanks to a PlayStation Store link, this trailer was not a total surprise for us because it had leaked a few details about the game already. But for now, however, Ubisoft has officially confirmed only some of the details of the game.

The Far Cry 6 trailer seems to be quite interesting and full of excitement and surprises. The game takes place in a “tropical paradise frozen in time” called Yara. The controller of the place Yara is Anton Castillo (played by Breaking Bad’s Giancarlo Esposito) who is also known as the dictator. His aim is to restore paradise to glory. He aims to do this with the help of his son Diego in any way necessary.

The game plot is quite similar to its predecessors Far Cry 5 and Far Cry New Dawn where players control, Danny Rojas is tasked to stop Castillo’s regime. The playable character will be customizable and can be played as either male or female. Also, according to the GameSpot reports, Far Cry 6 will also see the return of a voiced protagonist.

Far Cry 6 is set to launch on February 18th, 2021. Players will be able to play it on PS5, PS4, Xbox Series X, Xbox One, PC, and Google Stadia’s gaming device. To conclude, Far Cry 6 trailer has given us a lot to wait for and will be an interesting one for all the players. This game is the latest in the series since 2019’s Far Cry New Dawn which was a sequel to the 2018’s Far Cry 5. Call of Duty: Warzone is Officially out Today and is Free to Play 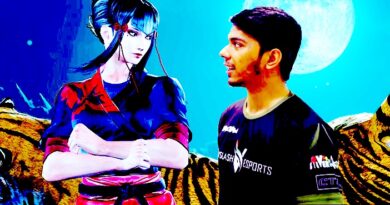