Microsoft has some tremendous plans to upgrade the convenient features of “Your Phone App”. Which will allow users to make and answer cellular calls, text messages, and other notifications through Windows 10. For those who don’t know about this app yet, It is basically a Windows app that interlinks your Pc or Laptop with android smartphones. You can download this app from Microsoft Store.

Last Tuesday, Microsoft released a new update on Windows 10 with preview build 20H1 along with the announcement of this new calling support. So far this support is only available for Windows Insiders who have a valid license of the test program. While those who are not insiders have to wait some more to get this feature update accordingly.

Your Phone App enables user access to various functionalities of Android Phone on Windows. Like instant access to notifications, text messages, photos, and videos. While now the addition of calling support is also a part of the features list. A relevant app with the name “Your Phone Companion” (YPC) or “Link to Windows” (LTW) is available on the Play Store to fulfill connection requirements.

Requirements For Your Phone App:

Microsoft had given the clue about this calling feature of “Your Phone App” during Samsung Unpacked Event and then in Microsoft Surface Event. This feature is not compatible with iOs due to some terms and conditions of its locked operating system.

Microsoft Department is working thoroughly to combine PC and Smartphone users on the same platform. Windows 10 already has about 900 million users. This Strategy to get some benefit from android users as well may generate positive opportunities for Microsoft in return.

So Guys, no longer you need to get your phone out of pockets when you are on a Pc or Laptop having Windows 10. Directly respond and manage phone’s stuff from “Your Phone App”. Don’t forget to keep the operating system updated on the latest version if you really want this incredible feature.

You may like: Wifi 6 GHz – Boost Internet Speed into Next Generation 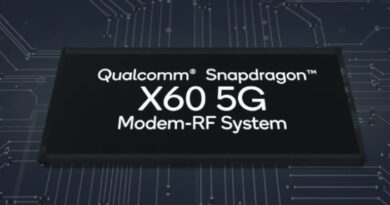 Qualcomm X60 Modem – A new 5G Modem with a Download Speed of 7.5Gbps