COD: Warzone on PC now has a two-step authentication option to make sure the solid security system.

Last month, hackers broke down the COD: Warzone Security Mechanism and hacked a large number of game accounts. Afterward, Infinity Ward banned almost 70,000 Warzone accounts worldwide to get rid of this trouble. This situation created several question marks over Warzone and affected the overall flow of its success.

As we know, Warzone made a tremendous debut in the game industry as a battle royale title. The game becomes far famous & successfully crossed the almost 50 million players during the first month of its release. So that sort of week security measures is for sure not a good indication for the game reputation and competition in the industry.

Read Also: How to Download & Install COD: Warzone on PC for free

In a recent tweet, Infinity Ward mentioned that Call of Duty: Warzone now will require two-step authentication while logging into the game account. Moreover, this authentication will be based on text message including a code/number to get the authentication for logins. This process will double the layer of accounts security players are using.

This security measure is for the PC platform only, other platforms (PS & XBOX) already have Two-Step Authentication. Infinity Ward further mentioned that this Two-Step Authentication System is only compatible with free to play version of Warzone. Not with the one that is linked with Call of Duty Modern Warfare Game.

Thank God, now we can enjoy warzone again without any hurdle. To be honest, at first, I thought that now Warzone will be ruined badly by hackers. Because the game’s growth was getting down on the graph after the hacking attack. Some of the top streamers became the victim of hacking and they uploaded the video cont on their channels.

Stay in touch with us for more amazing topics related to Video Games. Don’t forget to leave positive feedback for me in the comment section below. Share the post in your social circle to get me a reach of the audience. 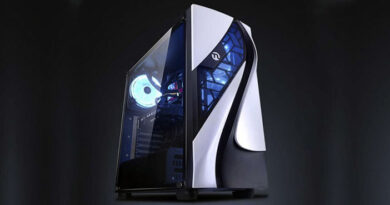